Drilling down even more deeply, you might prioritize who you serve: employees, then GCs, AE firms or subcontractors, the ultimate client who will use the facility, etc., followed by our communities and even the greater good. At the end of the day, the week, the month – maybe even when the project is completed or at the end of the year, if there is anything left, that becomes yours. But only after you’ve taken care of these others.

If you share some or all of that perspective, you get a ticket to the “rich-in-character” leadership club. At least I used to think you got one.

However, a recent conversation I had about airline oxygen masks messed with my thinking on this a bit. Let me explain. 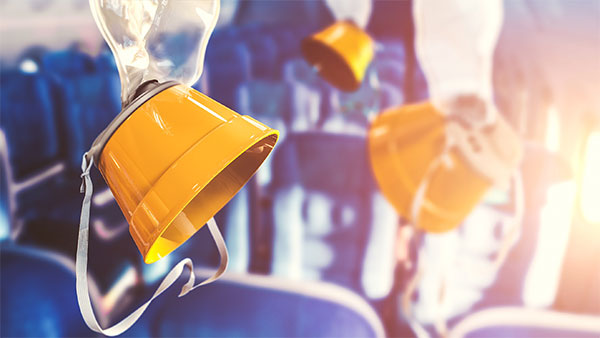 A friend of mine flies in and out of Austin weekly. He works for a mechanical contracting firm and oversees big HVAC jobs across Texas, Oklahoma and Louisiana (if you’ve been in any “big box retailers” recently and the air conditioning was working well, you may want to thank him). I sat next to him on a recent flight from Austin to Dallas.

Have you’ve flown recently on American or United like I have? If so, you may have noticed that the safety announcement at the beginning of the flight is now typically not done by your flight attendant. Instead, it is shown on the monitors at the front of the cabin or attached to the seatback in front of you. To be perfectly honest, I find the airlines’ attempts at making these videos humorous and memorable to be a very annoying thing.

My contractor friend and I were doing our best to ignore the safety video as our plane taxied away from the gate at Austin-Bergstrom Airport. As we were catching up on some of his HVAC projects and my work with leaders, he interrupted our conversation to point to the video and say, “you know, I’ve always thought good leadership was like that mom.” I looked up to the monitor to see the section of the safety presentation where the oxygen masks had dropped from the ceiling in the airplane cabin. In the video, there’s a woman and a young child in their seats as the oxygen masks hang from the ceiling, and the voice-over was saying, “put your own oxygen mask on first before helping the person next to you.” I asked my friend to explain why he thought leadership was like the lady in the video.

“Too many leaders think they have to take care of everyone else first. They show up at the jobsite before anyone else and stay after everyone is done for the day, they take over the most difficult projects, they volunteer for the hardest challenges. At the end of the day, they exhaust themselves because they are always putting out for others. The problem with that is they don’t take the time to take care of themselves, and they risk burn-out.

One of the things I appreciated about a foreman I worked for earlier in my career was his balance: I saw him work hard, but I also learned from him how to say ‘no’ at times. He had this ability to put up reasonable boundaries for himself. He rarely seemed stressed out or exhausted.

Other people would tell him they needed him on the jobsite for every little change order or issue. It’s like they expected him to be on-site 24/7. But he wasn’t. He had his own schedule and would be at the jobsite when he needed to be there, but not always when everyone wanted him to be there.

Don’t get me wrong, he worked hard, but he also expected us to work hard. At the end of the day, he took care of himself as well as he took care of his employees. He put his own ‘oxygen mask’ on before he put it on for others.”

Fellow leader – what do you think about my friend’s perspective? It gave me a new appreciation for the annoying airline safety videos, and also gave me a richer insight regarding self-care and the life of a leader, particularly one who may be juggling several projects, jobsites and teams at the same time: “If you don’t take care of yourself, you won’t be any good to take care of others.”