Lane Four Leadership: focusing on those things that lead to success

I’ve got a lot on my plate.  There are currently 92 “ToDo” items on my task list,  While many of them are not important-and-urgent, the list of important and urgent items is still pretty intimidating to me.  The requirements from the various areas where I exert leadership can feel overwhelming – like a never-ending game of bop-the-gopher.  And I know I’m not alone; you are just as busy as I am, if not more so.

Recently a fellow leader reminded me of the importance of thinking about what leadership activities need to be in the “middle lanes.”

Lane Four is the best lane

If you’re not familiar with competitive swimming, you may not know that the swimmer with the fastest qualifying times always gets placed in lane four for the final competition.  The reason: lane four is in the middle of the pool, the farthest from the side walls and the least likely to suffer from wakes causing ripples that might slow down the swimmer. 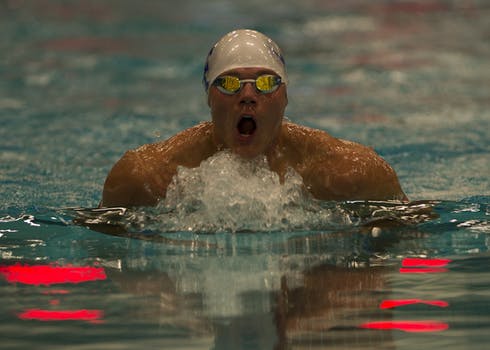 The fastest qualifier earns the best lane with the least chance of bad water.  This lane is also the easiest lane for the swimmer to glance both left and right to check on the competition.  Lane four is where you want to be.  It is the best lane where the best performance is expected to happen. Likewise, lane five is assigned to the second-fastest qualifier, lane three to the third-fastest, lane 6 to the fourth-fastest and so on.  The closer to the middle, the more important.

As I’ve thought about this concept of “Lane Four Leadership,” it has helped me give myself even more permission to say “no” to certain things.  If it isn’t in lane four, five or three, I’m increasingly hesitant to let someone put it on my plate.  Their sense of urgency does not create a sense of importance for me.  The other benefit to “Lane Four Leadership” thinking for me has been a personal one: I feel less guilty when I don’t get done the lane 1 or 2 or 7 or 8 things in a timely manner.  There may be 92 items on the list, but only a few of them are truly important.  Focusing on those few allows me to swim in “lane four.”