Without noticing it, Redford got old. The handsome “Cover Boy” of my best-selling book, “The Golden Principles” went from cover-boy looks and alpha-male behavior to white-faced and slow. We rescued him when he was just over a year old. We lost him to old age at 14. For a Golden, that’s old. And while he was in good health almost to the end, he moved slowly in his final days. But even in his advancing age, he continued to teach me about leadership. Let me explain. 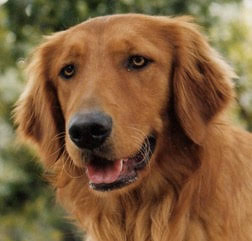 When Redford was 13, Mickey came into his life. Approximately five, Mickey was a young and energetic dog. While no longer a puppy, he sure acted like one sometimes.

Mickey took one of Redford’s chew toys again one evening. Redford wasn’t up to protecting his turf like he could when he was young, and when Redford wasn’t watching, Mickey snatched the toy from Redford’s doggie bed. I saw it happen. I saw what I thought was resignation in Redford’s eyes. But I also saw something else that evening.

You see, Mickey didn’t keep Redford’s toy for very long. Mickey bores easily. He gets quickly distracted. He’s off to the next thing.

You may have seen this quote circulating around the Internet recently: “The difference in winning and losing is most often . . . not quitting.” Attributed to Walt Disney, I thought of that quote when I saw Redford with his toy a few minutes after Mickey stole it.

I don’t think Redford was our alpha dog at the end. He was definitely not the quickest. Mickey ran laps around him. But you know what Redford was? Resilient. While he may not have won the tug-of-war, he still ended up with the toy. Simply because he didn’t give up. Once Mickey had moved on, Redford got his toy. And his way.

How does that apply to you and me, fellow leader? What can it teach us about our leadership? I’ve heard lots of folks say that a leader needs to exude optimism. It goes something like this: “The troops take their lead from the sense they get of their leader’s optimism, so leaders need to be the most optimistic people in their organizations.” Large-and-in-charge. Every day is a great new day, etc. etc. etc.

I’ve also heard lots of folks say that leaders are always upbeat. Part of what makes them so great is that they always see the silver lining in the storm clouds. The cup is always at least half full.

While I don’t completely disagree, I also don’t fully agree.

I think good leaders don’t need to be overly optimistic. I think what they do need is a relentless resiliency. The ability to bounce back. Take one on the chin and stay on their feet. Go down, but not for the count. 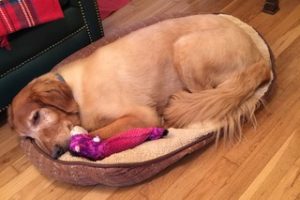 Get up the next morning, no matter how bad the day, and show up again. Keep on keeping on. Always have their eyes up, believing tomorrow is another day.

The best leaders are not Pollyannas.

They just don’t give up. Where do you need a dose of leadership resiliency?