Leadership Cricket or Leadership Baseball? How do you play, leader?

Over the years, I’ve had the privilege of doing leadership development work around the globe.  Many years ago, during one of my engagements with a team of leaders from India, I remember having a lengthy conversation about cricket.  At the end of the conversation with one of these leaders from India, I realized I had no better understanding than I did when we started. Wickets, Overs, Stumps, Bowler, Pitch, Twenty20, a game that can go on for up to five days (!) etc. etc. etc.  While I thought I understood some of the terms and context, I’ve tried to watch cricket over the years, and I’m still completely lost. 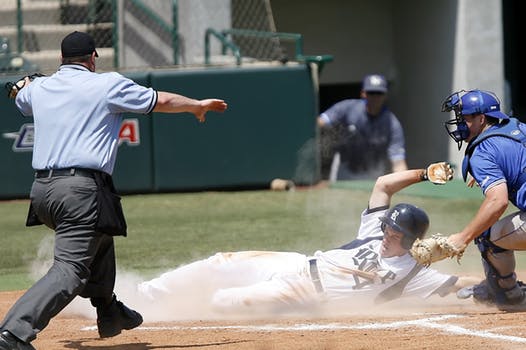 One of my client’s comments stayed with me, though. Toward the end of our conversation he said, “Look, Andy, it’s not that difficult.  Your American game of baseball is primarily an offensive game.  The most important thing is for good things to happen: your batters want to hit runs.”

“In cricket, think about it the other way around.  While we score runs, cricket is primarily a defensive game: our batters are trying to keep the bowler (what baseball players would call the pitcher) from making them lose their wickets.  We try to keep bad things from happening.”

Leadership is both offense and defense

I thought of this recently when I was touring Hanoi with several of my fellow business owners.  We were invited to come from the States to do some leadership development work with one of our newest fellow business owners.  While in Hanoi, we took a day to tour the city. The Hanoi team, who all get around town on mopeds, put us on the back of their seats and took us all around this growing city of 10 million.

Not only was it amazing seeing the sites of Hanoi, it was amazing spending the day on the back of a moped in the midst of 2nd world traffic!  Despite feeling like every one of the 10 million citizens of Hanoi was driving on their poorly maintained roads, we felt perfectly safe.

The reason why: unlike most drivers in the States, it seemed most of the mopeds and cars we encountered that entire day were being driven defensively: every moped, car, taxi, truck, bike, cart, bus and every other type of vehicle had a driver who seemed to be primarily focused on not letting bad things happen – they were playing their own version of “cricket.”  Very rarely did I see someone gunning it to get through an intersection or weaving dangerously in front of us.  Very few “baseball players” if you would.

In the past number of years, my fellow leaders and I have acted boldly: we’ve opened new facilities, we’ve upgraded our team members and invested in new capabilities, believing that the returns on our investments would pay off.  I’ve also seen other ways that “leadership baseball” has played out: my fellow-leader who was brave enough to have some very hard conversations with her subordinates (and me), my leaders who aren’t afraid to take on the competition and win, etc.

I also know there are times when we’ve needed to act prudently.  Play “leadership cricket” if you would.  Slow down, re-evaluate, don’t be afraid to walk away from something, etc.

Leader: there are many times in your role that you need to play offense: take the risk, act boldly, go for it, etc. etc. etc. But there are also times when you and I need to play defense: make slower decisions, build up more reserves, be more cautious, etc.

How are you doing at balancing this challenge?  I’m convinced every good leader plays both cricket and baseball.