“The Poorer The Soil, The Richer The Wine”

Several years ago my wife and I celebrated a wedding anniversary by taking a 10-day trip to France.  We started with three days in Paris, then spent a week on a small cruise ship on the Seine River.

During the river cruise, we spent several days in the area of Provencal, which is the beautiful wine country of southern France.  One of the side trips we took on this cruise was to a vineyard and wine cellar or “cave” as they call them in France.

Beaujolais is one of the many French provinces in Provencal known as a wine-growing province – it is right next to the better-known province of Burgundy. I’m not much of an oenophile (wine-lover), but I found this wine tour to be very interesting.  If you know much about wine you probably already knew this, but wine – at least French wine – is named for where it comes from.  For instance, Burgundy wine is not named Burgundy for its color (as I thought it was) – it is named Burgundy because it comes from the province of Burgundy, France. 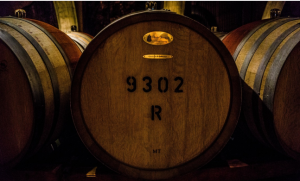 While on our wine tour in Beaujolais, France, my wife and I were down in a wine cellar listening to the proprietor of a vineyard and winepress as she talked with us about the process of making wine.  She didn’t speak much English, so our tour guide was translating when I heard the most amazing thing.

You see, in France, the wine industry is very regulated.  They can only grow a certain number of vines per acre, they can only grow a certain type of grape in certain regions, etc. They all appear to belong to some type of province-wide wine co-ops that seem to control everything.  In the province of Beaujolais, this proprietor explained that those stipulations require all the vineyards to grow the same type of grapes using the same number of vines, the same types of fertilizers and pesticides during the same growing season, etc., etc.

But then our host described to us that there are two very different types of wine that come from Beaujolais, France.  There is Beaujolais Nouveau and Beaujolais Villages.  The first wine she mentioned, Beaujolais Nouveau is an inexpensive red wine – to confirm this, I found a bottle at my local grocery store earlier this year for $6.99.  It is an okay wine, but very lightweight.  It is considered “table wine” – you might share it during a casual dinner among friends, but you would never buy it for a special occasion. If you are an oenophile, you don’t think much of Beaujolais Nouveau.  It is lacking in richness and depth. 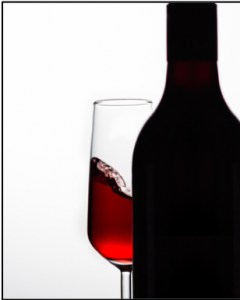 On the other hand, this region’s second wine, Beaujolais Villages, is considered a very good wine.  It has rich tannins with a strong aroma and solid characteristics.  It can cost five or six times as much as its counterpart.

And here’s what she said in her broken English:

In Beaujolais, France, there are two types of soil.  There is the good soil at the bottom of the valleys.  This soil is deep and rich, it is well fertilized and well-drained.  Vines that grow in this soil produce a large, succulent grape.

The other type of soil in Beaujolais is rocky and shallow.  This soil is typically on the side of a hill or part of a boulder field.  Drainage is poor, fertilizer is hard to administer, and the vines that grow in that soil produce grapes that are generally smaller and come to fruit later in the season.

Now here’s where it got really interesting to me.  The vineyard owner went on to say that the grapes that grew in the easy soil – the big succulent grapes – the ones that looked good – produced Beaujolais Nouveau – the inexpensive wine lacking character.

But the grapes that had to fight for life? That persevered through hard circumstances? That didn’t seem to hold as much promise initially? When they were turned into wine, they produced Beaujolais Villages, a wine that is rich in character.

These were her exact words:

“The poorer the soil, the harder the fight, the richer the character of the wine.”

Leaders – let us not pray for an easy life; let us ask for a life that will make us rich in character.